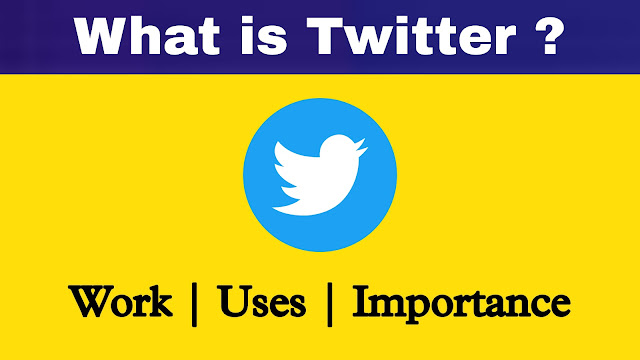 Twitter is an American microblogging and social networking service where people used to communicate or interact with short messages known as “tweets“. Twitter, a social networking site launched in the month of July 2006. Now a days, Twitter is undoubtedly one of the most popular social media platforms with 100 million daily active users and 500 million tweets sent daily. In March 2006, Twitter was created by Jack Dorsey, Noah Glass, Biz Stone, and Evan Williams and launched in the month of July of that year. Jack Dorsey, co-founder of Twitter, had an idea that he would create a social platforms where people can communicate or interact with short messages. Tweeting is like posting short messages for anyone who follow you on twitter, with the hope that your words are useful and interesting to someone. Some people use Twitter to discover intersting people and online companies, opting to follow them or their tweets.
On March 21, 2006, Jack Dorsey sent the first tweet which read – ” just setting up my twttr.”
Twitter saw explosive growth at the 2007 South by Southwest Interactive conference, during which more than 60,000 tweets were sent. By 2012, more than 100 million users posted 340 million tweets a day. In 2013, twitter was one of the ten most visited website and has been described as “the SMS of the internet.” By the start of 2019, it had more than 330 million monthly active users.
On April 25, 2022, the Twitter board of directors agreed to a $44 billion buyout by Elon Musk, the CEO of SpaceX and Tesla, potentially making it one of the biggest deals to turn a company private.
How does Twitter work?
Twitter, a social networking site, began as an SMS based platform in which you can post 140 character status update that can be seen by anyone whom you have chosen to follow. You join twitter with free account and twitter name.
Then you send tweets daily, hourly or as frequently as you like. People who follow you and potentially others who don’t, will see your tweet. Additionally, you can link other articles and videos within the tweet, you can see the other people post through your Twitter homepage. You can use twitter for professional use only, and choose to follow industry leaders. You can also follow comedians and use the Twitter as a source of entertainment.
To recieve twitter feeds, find someone interesting including celebrities and press follow to subscribe their tweets. If their tweets are not as much interesting, you can unfollow them.
Why people tweet?
Twitter is one of the source through which people share their thoughts and views. Many number of users send out useful content, and show the real value of twitter.
It provides quick updates from friends, family, scholars, experts, news and journalist.
It empowers or encourage the people to tweet such facts so that there should be awareness among the people about what is going on in our surroundings and in country. Some people use twitter to discover interesting people and online companies to follow them and their tweets.
Twitter as marketing tool:-
Twitter can be a helpful platform for marketing. Thousands of people prefer this modern internet technique for advertising their products, recruiting services, and retail stores by using Twitter.
You can get good results of advertisement by using Twitter. Like any social media marketing strategy, your primary focus should be on attracting an audience with useful content and growing brand awareness.
Twitter is the best, fast and less intrusive way for marketing and can be turned on or off at will.
Twitter for Reporters:-
As we know that social media is simplest modern way to spread the news and information at any where within few minutes. Twitter is one of the way through which people or users of twitter share the breaking news quickly. At this time, it is faster than traditional media.
For instance, when the US Airways plane crash-landed in the Hudson River in 2009, Janis Krums was one of the first to spread the word via twitter.
Additionally, many celebrities, athletes, and politician leaders use to post on twitter directly rather than speaking through media. They mainly choose to post on twitter to share the information among their fans.
Twitter for individual:-
Twitter has both unlimited meaning and immeasurable potential. It connects the people from long distance as quickly as it can introduce you to your next-door neighbours.
You can use Twitter for amusement purpose or to be connected with the family and friends. It just depend on you that what you choose. You might choose to fill your feed with industry professionals, news sites, celebrities, comedians etc. You could use it to share funny memes, videos, posts.At its most basic, Twitter is similar to sending out a 140 character mass text to everyone whom you know or follow. The choice is yours.

World Stationary Day 2022:- History, Importance, How can we celebrate, Related questions and Facts