Every year, India celebrates 30th January as Martyr’s Day or Shaheed Diwas to commemorate the heroic Indian independence soldiers who sacrificed their lives in the line of duty while preserving their country. 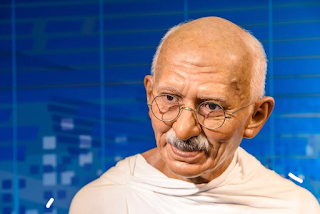 Mohandas karmchanda gandhi (The Father of the Nation), who sacrificed his whole life in serving of his motherland and make India independent from britishers while following the path of peace, harmony and non violence.

On 30 January 1948, Mahatma Gandhi was shot dead by Nathuram Godse in Birla house during his evening prayer. So, India celebrates Gandhi’s death anniversary as Marty’s day. On this day, The President, Vice President, Prime Minister, Defence Minister and the three service chiefs( Army, Navy and Air force) lay multi colour flower wreaths at his Samadhi at Rajghat in delhi. A two minute silence is held in the whole country at 11a.m in honour of Indian Martyrs

Martyr’s Day mainly celebrated on two occasions one on 30th January and second one on 23rd March.

23rd March is also celebrated as Martyr’s Day in the commemoration of three bold Independence fighters, Bhagat Singh, Shivram Rajguru, and Sukhdev Thapar. On this day, they were hanged to death by british. No doubt, they also sacrifed their lives for the welfare of motherland whether they chose different path from Mahatma Gandhi. They came forward and show their bravery

and fought till their last breath at their such a young age, so to pay homage to those three courageous freedom fighters, we celebrate this day as Martyr’s Day.